Our concept to present “Swing Remixed” is really about continuing to forge new ground for the development and longevity of swing. Most of our tunes will be the stuff you all love to hear, and along side we will experiment a bit with the music as we see fit at these fantastic ballrooms. We hope you enjoy!

As a performing artist myself, I think it’s important to include local bands, not just classic. So mixed in with Ella Fitzgerald (a personal favorite) and Duke Ellington are the Boilermakers and the Blue Vipers, to name a few. I grew up listening to 50’s and 60’s music so I also throw in music from there to mix it up – Elvis or Sam Cooke, etc.

Odysseus Bailer is honored to be djing for swing remix. He has been showcasing his style of swing and blues music since 2008, and has been featured at many top dance parties in NYC and throughout the Tri-state area. Odysseus’s style is a little unorthodox and he feeds off the energy and vibe of the dancers and chooses the music accordingly.

Born and raised in New York City, Miss Bliss has brought her unique sound around the world — DJing for crowds of 1000+ on four continents over the last ten years. She has performed in 19 countries, including Argentina, Brazil, Peru, China, Korea, England, Italy, Germany, Poland, Austria, Belgium and more. She hosted a radio show in Cambridge, England called “The Gramophone” which featured jazz, swing, blues and old-time music from the 1920s, ’30s and ’40s. She’s now a regular DJ at NYC swing dances and vintage costume parties. For more information, visit http://www.djmissbliss.com/

Co-Founder of Gotham Swing Club, 1st and foremost WCS Club in the Northeast; Co-Founder of Liberty Swing Dance Championships; hosted the longest-running weekly WCS party in NYC. A renowned instructor, DJ, dance stylist, Judge and competitor, teaching since 1991 in venues across the country and known to influence dancers and DJ’s equally, he is now dedicated to “Classic Style Swing”.

… I’ve had the good fortune of some of the most wonderful, talented and beautiful partners like Debbie, Maria Torres and Blake Hobby. I consider myself very lucky to have lived through two white-hot periods of Swing in NYC: the original movement of Lindy in the mid-80s at The Cat Club and the North River Bar in the 90s. The energy, purity and love of both those periods was so powerful it was transforming…. john festa

Mike originally started djing in San Antonio about a decade ago due to the pressures of living in a small scene.  (There was nobody else willing to do it at the time).  Surprisingly he found it enjoyable and ever since has been spinning lindy and blues tunes.  If you want to hear more of Mike’s sets come out to Dance Manhattan’s practice sessions on Tuesday nights were he has a weekly gig 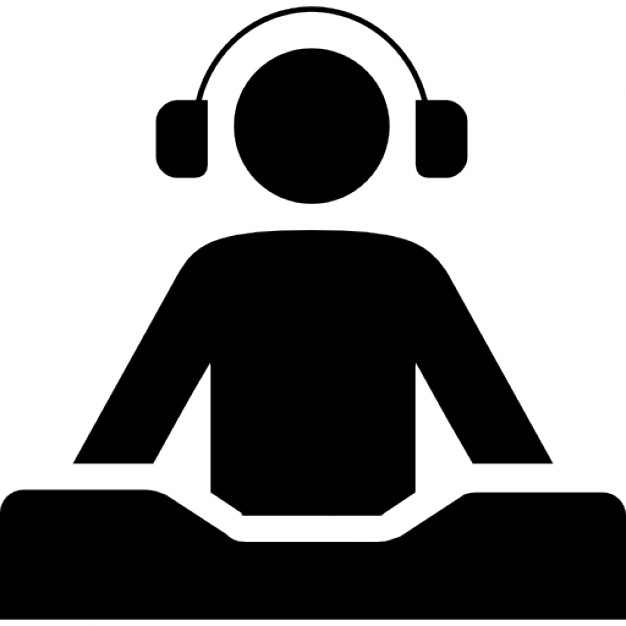 Bruno hails from Europe and recently relocated here to NYC. Mr. Fontaine has DJ’ed in Paris at the events such as the Chinagora, and the Balajo, and at the Al Capone Cafe and Blue Billard of which were his own promotions with DJ Tourky. This is his first spot at DJing here in the USA.

DJ tomo has been spinning for about 6 year around NYC and out of town events including Frim Fram Jam, Club 412, NYSDS, Swing Out New Hampshire, Lindy Gras. She has DJed at exchanges in SF, Dallas, Philly, Denver, Montreal, Tokyo, and Sweden.

Lala was born under the hood of a ’49 Ford Shoebox, covered in tattoos and Murrays grease. Her DJ gigs sprouted at small dives in Long Beach, California. Fairly new to NY, she has played tunes for Frim Fram and various private venues in the city. She also dances with The Big Apple Lindy Hoppers. If not on the dance floor, Lala can be found on the court shooting hoops or meandering through flea markets looking for the perfect Virgin Mary to call her own. Her taste is legit:

Matt Perelli got his start swing dancing and DJing in Greensboro, NC in 1998. He moved to the Big Apple in 2002 and added Lounging to his list of skills. He’s DJed for Frim Fram on multiple occasions and various other events in the City. He can usually be found at the bar.

A jazz lover from the womb and dancer specializing in eccentric dances from the 1920’s, 30’s and 40’s, Eve Polich is a native New Yorker who loves to spin for her fellow dancers. A deep love of old New Orleans style jazz means you can expect to hear music by the likes of Louis Armstrong, Sidney Bechet, Fats Waller, and Jelly Roll Morton. Eve maintains close friendships with many current bands like The Cangelosi Cards and Tin Pan Blues Band who play this traditional music and is proud to play their music alongside the original masters.

Charleston, NC / New York, NY · Lauren began DJing in 2001 at swing, ballroom, and Carolina Shag events throughout North and South Carolina.  She is a ballroom, latin and swing instructor originally based in Charleston, North Carolina. Lauren has been seen DJing in New York throughout the past year at places like Connolly’s, Yehoodi’s Frim Fram, and several Swing/Social dance events in Westchester.

New York, NY · Nando has been dancing for 7 years in NYC and has been Djing in and out o town for over 5 years.  He is a regular DJ for the NY Swing Dance Society, Yehoodi’s Frim Fram and the NYC blues house parties. He has DJ’d for “Post Basie Blues”, “Y8A’s Blues in the We Hours” and exchanges in Chicago, Pittsburgh, Atlanta, Cleveland, and Orlando as well as SoFleX in previous years.

Paolo focuses on those recordings that have big sound, a real swingin’ groove and the Hammond B3 is one instrument you’ll definitely hear during his sets. When vocals are involved, Paolo always pushes the special jewels of NY like Etta Jones and Irene Reid. Paolo started building his collection of jazz and swing 25 years ago. He’s a solid music provider for the New York Lindy crowd and he began his music consulting/DJing at Swing 46 providing them with solid standards and unique collection that spans 70 years.

Cher was the Driving force behind this DJ Duo. Cher would pick the tunes while Sonny did the Mixing/Equalizing. Their style was a mix of Kansas City Kibbles and Bits along side some Raw, Boney Big Band Specials. This TOP TEN collection is in memory of the fabulous duo.

Renata Wlaczyga has been DJing for local parties and festivals since 2.012 and dancing Swing since 2.010 in her home country of Brazil. She fell in love with NYC during her first visit for Frankie 100 and moved nearby last September. Her setlist can be a delicious mix of Big Band, New Orleans Style, and Blues and she happily accepts requests. If you meet her on the street, you’ll probably see her listening to (and singing) Classic Rock, Swing, Jazz or Samba.